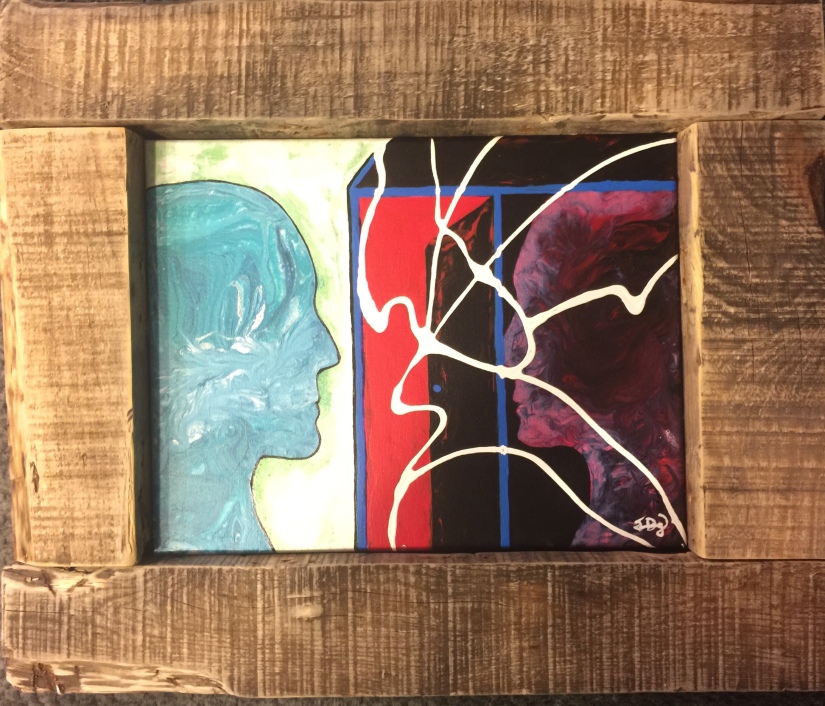 The broken girl thinks about her birth mother. She remembers many of the good times. She remembers the bad times. Her mother always loved her very much. She tried her hardest but both of their brokenness often got in the way. They never seemed to be able to communicate. The broken girl can relate to her mother in many ways. She understands. Yet she still feels angry at her for her misguided decisions that hurt her. She still feels angry that her mother won’t change. She won’t work to have her broken pieces put back together again. Her mother seems to like living in brokenness. She won’t try to learn a new different, better way. This is why the Broken Girl feels like she cannot face her mother. She always feels like she is being pulled backward by her brokenness rather than walking forward to what God has for her. The broken girl misses her mother, she loves her mother, she wishes her mother to be healed but she also knows she cannot go back. For going back would only break her again. The Broken Girl wants healing for them both. This is her prayer. Maybe one day they will stand before one another whole again.

View all posts by julesartsyboutique